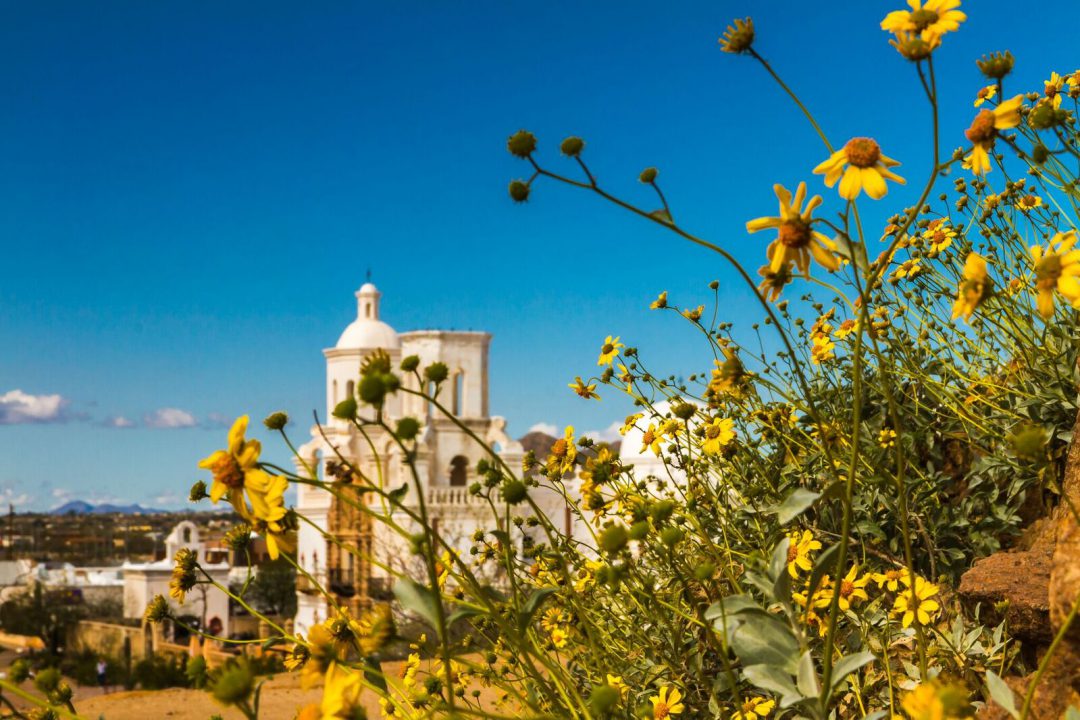 Despite having visited Arizona several times, it never ceases to amaze me how great I feel when I go. I think what’s more surprising is that this is true, even though I’ve never been to the same place twice. Though each trip has been unique—I’ve gone for everything from camping to Spring Training to simply enjoying a city (though, never Tucson)—I always leave feeling very calm, refreshed, and content. I’m sure it has absolutely everything to do with the air and picturesque environment, but I’ve decided not to analyze it too much. I know it makes me happy, so I’ll take it.

Between me quitting my job to work from home, the wedding and receptions, all of the travel, and now looking for a house, Joe and I have had a bit of a stressful year. Of course, it’s all been amazing, but I’m sure no one would blame us for saying we’re tired. So, I decided it might be nice to plan a little getaway for us to recharge a bit. And where better to do it than the place that’s never let me down in that department? After looking into things, it was clear that finally making it to Tucson would be a great choice.

As I said before, I’ve been to different parts of Arizona on a few occasions, but never for the direct purpose of relaxing. I’d didn’t really realize just how easy it was going to be to put together an itinerary. But it was, and I’m definitely not complaining about it. Now, before I get into what we’ve picked out to do, I want to mention that this city definitely has something for everyone. Sports fans, bird watchers, foodies, and science buffs would all find it pretty painless to fill their schedules. But let’s get back to recharging.

Things will definitely become more nailed down once we set a date for our trip. So, for now, I’ve put together a list of what all I know we’ll want to include. I can definitely see some combination of the outdoors, great food and wine, and a spa treatment or two in our future. I’ve listed my favorite options so far below.

In 2015, Tucson became the first city in the United States to be named a UNESCO (United Nations Educational, Scientific, and Cultural Organization) City of Gastronomy. It’s not just because they have amazing food there. Many cities do. It’s thanks to the fact that their agricultural heritage goes back more than 4,000 years. So, not only will we have the opportunity to have a fantastic meal here, we’ll be experiencing part of a legacy as we do it. If we find we have the time, a visit to Mission Garden to see their heirloom orchard and crops that have been growing in the region for thousands of years might be nice. For this trip, though, actually trying the food will be the priority. But where to eat?

I’m not going to lie, I’m an absolute sucker for anything UNESCO-awarded. That said, we will most definitely be doing a food tour. As for time on our own, there are at least two restaurants at the top of my list to try. The first is one of the places in the El Charro family. They’re the oldest family-owned, continuously run Mexican restaurant in America. I figured it would be hard to go wrong there. And the second is Downtown Kitchen + Cocktails. This place was opened by James Beard Award Winner, Janos Wilder, and features innovative farm-to-table cooking. Put that together with an award-winning happy hour, and that’s basically it for me. I also thoroughly plan on making a stop by Prep & Pastry one morning. Though that’s really just about my deep, undying love for creatively prepared breakfast foods and cocktails than anything else. Aaaand, if I happen to find my way into a tasting room or two on one afternoon, know that I’m the happiest person. A Spa Treatment or Two

Just like their food, Tucson has some really creative spa treatments that are unique to the area. Choosing how to pamper ourselves was probably the hardest thing to do in putting together this whole itinerary, but in the end, it was a garden that made the decision. It’s the Wellness Garden Ritual from Westward Look’s Sonoran Spa. It works like this: you and an aesthetician go through a garden of botanicals labeled by name and medicinal purpose. You chose the ones you want and they are cut right there, then made into a scrub just for you. The scrub is then used in a body treatment that can be combined with a full body massage after. Honestly, after describing that to you just now, I’m kind of mad I’m not getting it done today.

I doubt this will come as any surprise to you, but there are a ton of choices for things to do outdoors in Tucson. It was a little difficult narrowing things down, but once I decided on a hike, a guide on Tucson’s tourism site helped me pick out a couple pretty quickly. I ended up deciding on two different options. The first falls in with the wellness idea the best. It’s a 5.5-mile round-trip hike to Romero Pools. With a description promising a fabulous picnic site, wonderful photo opportunities, and a deep swimming hole at the halfway point, it sounded pretty perfect. The only reason I might pass on this one is that we might be going when it’s a bit too cool for a swim—though I’m sure I could be quite happy with just the first two features. Option number two speaks more to the curious side of me than the one that needs rest. It’s the Mt. Lemmon Science Tour. It’s actually an app that was produced by the University of Arizona College of Science. While you’re out enjoying the scenery, you can also use it to educate yourself on Southern Arizona’s remarkable natural science. Pretty perfect for an outdoorsy nerd like myself.

So, hiking is set to be the first outdoors must. The second is, without question, a visit to the Botanical Garden. If you’re not already painfully aware, my love of all things plants is quite substantial. Tucson’s Botanical Garden actually won a 2017 Garden Tourism Award as one of the top 10 North American gardens worth traveling for. So if I missed seeing it, I really feel like I would have to stop and reevaluate what I’m doing with my life. Just sayin’. And, finally, the last thing I can’t wait to do in Tucson is whatever we want. I plan to leave things as loose as possible so we can still find time to walk at our leisure. I know I’ll want to take a stroll at some point and check out their shops and galleries. The area is excellent for gems (Bex, my amazing maid of honor always gets the BEST holiday gifts at their annual shows), so I’m looking forward to checking out that scene for myself. My point is, those times on vacation after you finish a meal and don’t have anything solid to do, usually lead to some of the best finds and experiences. I’ll absolutely be giving us a little wiggle-room to help that happen, because Tucson looks pretty promising. 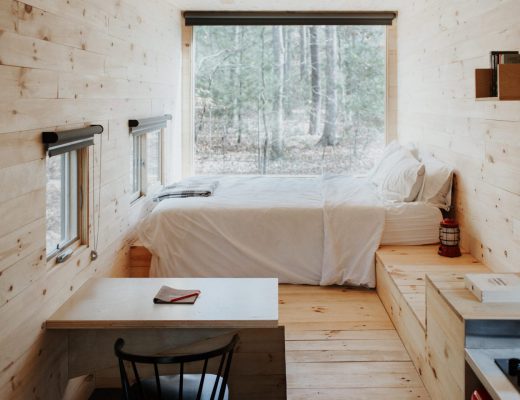 Get Away from It All in a Gorgeous Getaway Cabin 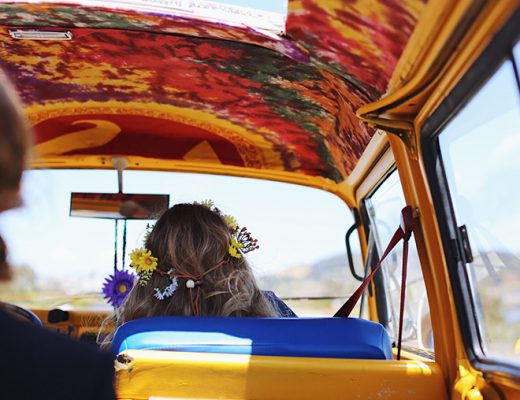 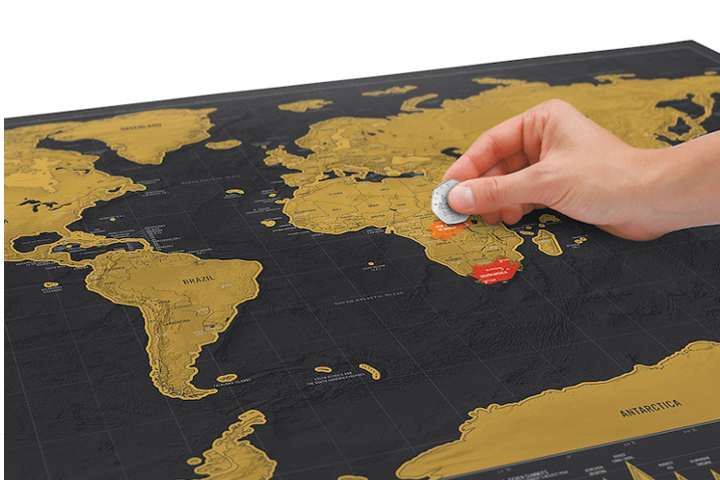 Keep Track of Your Travels with This Deluxe Scratch Map