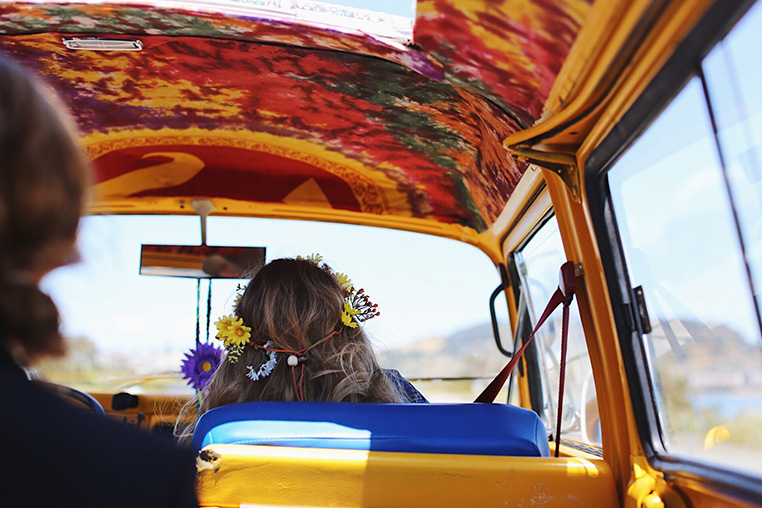 Before I came into the picture, both of my parents were big into the 60s/70s/80s music scene. My dad had been playing in bands consistently since high school, and to call my mother a groupie would be a complete understatement. The strange thing is that, when it came to them raising my brother and me, I can’t really remember them introducing us to anything other than Christian music. When we did eventually find it on our own, you can imagine the simultaneous feelings of slight betrayal and awe when we happened upon their old music collection. Now, the point to my telling you this isn’t to call out my parents for hiding those primo tunes from us (but, seriously, why?!), but to lend a little explanation for why I never really knew as much as I should about the Summer of Love before now. It’s officially been 50 years since the original Summer of Love went down, and the entire city of San Francisco is coming together to commemorate it. A few weeks back, the husband (Joe’s Daily) and I were asked if we wanted to head up and see what they had going on. With what I’ve mentioned above, you can imagine that it wasn’t difficult to make a decision. So, off we went!

Now, typically when you go to check out an event like this, things don’t typically kick off until after you reach your destination, which obviously makes sense. This time, however, it started from the moment we received our flight information. You see, even the airline was involved; United had set up the flight number to be 1967. And it definitely didn’t stop there. Once we were on the plane, we were treated to a reading describing the momentous summer, as well as a selection from Scott McKenzie’s “San Francisco”—which was appropriate as it was Flowers in Your Hair Day.

When we stepped off the plane we were greeted with fresh, California-grown flowers, the adorable Wag Brigade, and a gorgeous set from the San Francisco Gay Men’s Chorus and a speech. THEN we stepped outside and saw our ride. Let me say, if you’re going to be touring the city this summer, you have to do it via San Francisco Love Tours’ VW busses. So, yeah. It’s safe to say it was pretty clear that we were in for something pretty awesome before we even got into the city. Dessert from our first Summer of Love lunch at Bluestem Brasserie As you can probably tell from our introduction, there was so much going on throughout the city that there’s just not enough time to go through everything. So, I’ve decided to touch on my favorite aspects of our trip: the museums and gallery exhibitions.

Our first stop was the California Historical Society’s “On the Road to the Summer of Love”, curated by Grateful Dead Historian Dennis McNally. The collection consisted of mostly photographs, with some audio and physical pieces as well. We were lucky enough to be guided around by McNally himself, so we were able to experience everything in just the order intended. I have to say, what he put together was seriously brilliant. It perfectly encapsulated the progression and emotion that made the time what it was (so far as I can tell anyway ;).

I think the biggest thing I came away with was how (unfortunately) familiar and relatable many of the issues the people involved in the movement were standing up against are today, 50 years later. We only had about an hour here, but if I get the chance to go back while it’s still there, I absolutely will. Thanks to McNally’s obscure contacts and his firsthand knowledge, I don’t think there will ever be a compilation quite like it again. The next day was the de Young Museum for their exhibition, “The Summer of Love Experience: Art, Fashion, and Rock and Roll”. While it covered much of the same theme as what we’d seen from the Historical Society, they were each very distinct (yet equally amazing). Where the first was low-key and personal, this one was lively and social. As the title suggested, this collection was more about representing a collective vibe rather than giving intimate glimpses. As you moved from space to space, you were met with artwork, clothing, music, and light shows that all worked together to portray a single theme contributing to the overall whole. This too was beautifully done and totally worth checking out. Me outside of de Young, lookin’ all hippy(/ie) and much less happy than I actually was 😉 Finally, the Wild SF Haight Ashbury Walking Tour. True, this technically isn’t a museum, but considering all of the significant places you visit, I’m including it without question. The Panhandle Park concert grounds, Grateful Dead’s home, Janis Joplin’s pink apartment, and the Diggers’ soup kitchen are just a few of the things we got to see. Of course these would have been fun on their own, but throw in the ridiculously amazing, knowledgeable, singing guide (Wes) we had and it was basically the best tour ever. To finish things off, we had an amazing meal at Magnolia Gastropub & Brewery (those fish and chips though…). Other Summer of Love Notables

Of course we did lots of other fun things on the trip as well. If you’re a fan of a good kitschy show I would 110% recommend you check out Beach Blanket Babylon. If it’s memorabilia you’re after, the collection at their Hard Rock Café is nothing to scoff at. And, while you’re in the area, you might want to check out Madame Tussauds Wax Museum. View of Alcatraz at sunset

I do need to give a mention of the Presidio. We were lucky enough to be there to check out the family picnic they do there every Sunday from May through October. The scenery by itself is a good reason to go, but when you throw in the casual glimpse into San Francisco’s community life it becomes a real treat. Plus, the actual treats. They have a ton of different food trucks/stands set up around the grounds and there was literally not one thing that I didn’t want to try. And, sticking to the museum theme, it’s also the home of the Walt Disney Family Museum. So, you know, three birds! Joe’s Daily taking a picture of the Golden Gate Bridge

If you plan to make your way out to San Francisco to celebrate the Summer of Love anniversary, be sure to stay at one of the many hotels participating in the events. You may be able to score yourself a sweet welcome package or discounted tickets for the museums like what was offered at the Westin St. Francis where we stayed. For a full roundup, check out Joe’s Daily’s post “Celebrate the ‘Summer of Love’ in One of These San Francisco Hotels”. 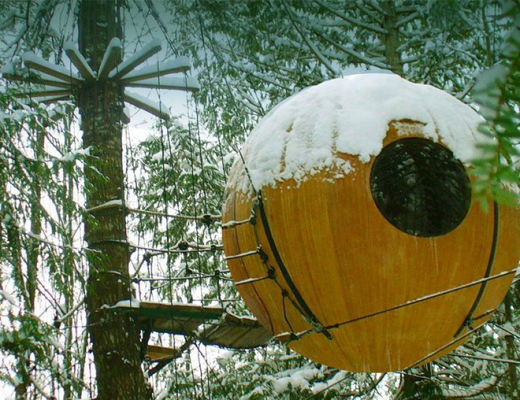 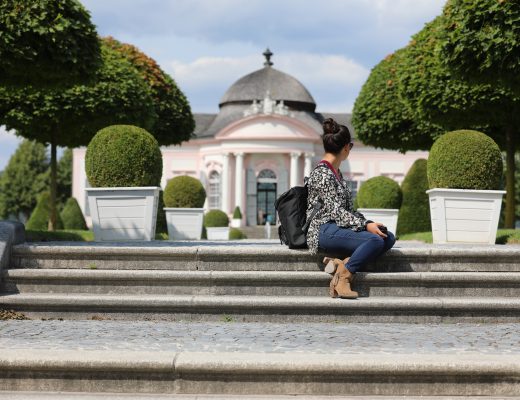 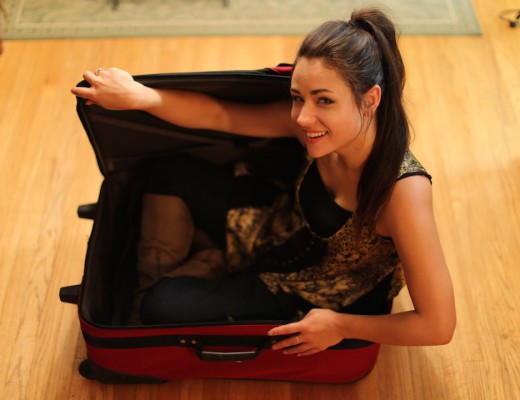 My 5 Travel Go-To’s For Any Trip