16 Inexpensive DIYs to Give Your Bathroom a Facelift 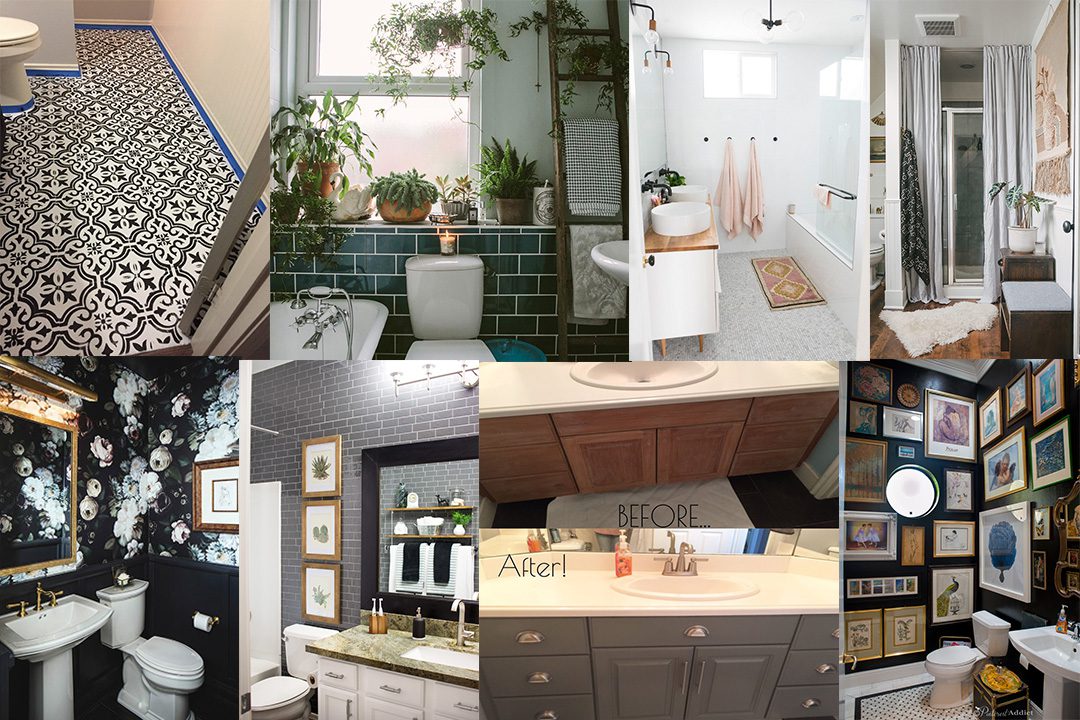 Unless you’re incredibly lucky, there’s a good chance you’ve lived with an ugly bathroom at some point. Unfortunately, even if it’s a tiny space, the cost of a proper remodel is typically pretty exorbitant. Lucky for us, we live in a time where there are tons of options out there to help us beautify our bathrooms on a budget, no matter what their issues might be. This might seem like a silly thing to put on this list but the truth is there’s no better place to start. Especially if a bathroom is older, there are probably several things that could be made to look 1000x better with just a little elbow grease. So grab a power scrubber and take it to the tile and grout. They might turn out to be a completely different color. And be sure to check all of the calking. Few things make a bathroom look shabbier faster than dirty, uneven, or painted-over calk lines. It’s incredibly easy to redo, and it can make a world of difference.

Get a nice shower curtain In my personal opinion, it’s hard to beat a gorgeous tiled shower with a seamless glass door. If you’re reading this post right now, however, this probably doesn’t describe what you’ve got going on. Not to worry, because a beautiful shower curtain is the next best thing. While it’s true that anyone that can be considered substantial isn’t necessarily the cheapest thing a person can by, the fact that it can completely hide any bad tub/shower situation while simultaneously bringing a space to life makes it well worth it. And let’s not overlook that it basically takes zero effort to employ. I don’t know about you but I’ve walked into plenty of bathrooms where the storage situation is questionable at best. Why did they choose to install a cabinet over the toilet that guarantees you’re going to hit your head? Why did they hang the towel bar so that wet towels hang directly on top of the toilet paper? Was the wood from this makeshift shelving already falling apart when they were installing it? While I won’t tell you to swap out the vanity, addressing what could be changed or updated in your particular space is a good alternative. Do all of your towels have to match? Honestly, yes. For the most part, they probably should. Do ALL of the linens in the bathroom have to match? No, but making sure they at least compliment one another will go a long way in creating a relaxing and cohesive vibe. Not a bad investment when you consider the alternative is almost definitely going to be a room that looks messy even when everything is in its place. Much like the bathroom linens (or eyebrows) the accessories you keep don’t have to be an exact set, but they shouldn’t clash either. This doesn’t necessarily mean they all have to be made of the same material, or the same metal finish either. As of right now, anyway, mixing metals is a popular trend. Just make sure that, if you’re going to do it, you do it in a way that says “intentional and stylish” and not “hodgepodge” instead. It’s true, wallpaper has been making a comeback over the last few years. That doesn’t mean, however, that those funky ‘80s and ‘90s patterns came back with it. Unless you got super lucky and what your bathroom is currently rocking is the perfect kind of retro/has been well-kept, it’s probably going to be worth it to grab your steamer and scraper and get to work. Like I said, wallpaper has made a pretty big comeback over the last few years. If you happen to have a clear wall in your bathroom that could use a little something special, a wall covering of some kind would be a great way to go.

Paint the walls (and/or touch up the trim) I admit that this is something that has more than likely already occurred to you. However, I don’t think I could call this a complete list without including it. While you’re painting the walls to zhuzh things up a little make sure not to overlook the trim. While you don’t necessarily need to change the color, touching up any scuffs or marks is a fast and inexpensive way to keep things looking fresh instead of dingy. No, this is not as easy to do as painting a wall, but if it’s done right it can really make the room. Before you dive in, make sure to do plenty of research regarding paint type and how to apply. The last thing you want is to end up with a high-gloss wall paint peeling off of your cabinets the moment it’s done drying. Trust me, it’s not only a waste of time, but it will probably look worse than it did before you started. Full disclosure, I really wouldn’t recommend doing this unless your floor is truly, truly terrible. You’ll notice that, despite having a few seemingly decent products to do so on the market, I have not included painting a tub or shower tile on this list. I toyed with the idea of painting the ‘70s biscuit tile in my bathroom but discovered that (as it’s only just now been long enough to really see) it doesn’t actually hold up very well if it’s something that’s used often. Floors, however, seem to do a little bit better. So, if you’re handy with a stencil, and you don’t mind having to do some touchups as time goes on, why not?

Fancy up the amenities Especially if it’s a guest bath or powder room, adding fancy amenities can instantly make any run-of-the-mill restroom seem super luxurious. Try keeping things like incredible hand cream, special breath freshener, or refreshing eucalyptus spray around. It might not do anything for the aesthetics, but it will definitely help out with the atmosphere.

Stick on some tile Obviously, if you already have a strongly established tile situation in your bathroom, this isn’t really an option. If you don’t have much going on in this department though, you should definitely go for it. As long as you find one that looks realistic enough (don’t get me started on the ones that look like ‘90s earring stickers in backsplash form) and you have the patience to hang them, it’s probably the closest you’re going to get to an actual remodel without spending an arm and a leg. Switching out a countertop isn’t the hardest or most expensive thing to do in a bathroom. Unfortunately, if you’re a renter or that marble slab you’re dying for just wouldn’t look right on the current vanity, it’s not always the best choice. Instead, try a countertop refinisher, removable covering, or even layering on some concrete. There are some really great options and techniques out there if you’re willing to take the time to find them. While I still don’t know if I would recommend painting a shower unless you’re really, really desperate or it never gets used, that doesn’t mean you can’t easily upgrade the floor. Teak floor tiles aren’t just for use on a patio or somewhere else outdoors. Why not take them inside to make that shower just a little more spa-esque? Maybe it’s just me but when I think of bathroom art my mind instantly goes to tacky pictures of bathtubs or framed needlepoints of farm scenes. Perhaps it’s just a thing from growing up in the Midwest during the 1990s. Whatever the case may be, consider displaying a piece or two (or twenty) on the walls that would also go well anywhere else in the house. It’s a pretty small thing that will add a pretty classy touch to the space. Just make sure to frame it in a way that will protect it from whatever moisture the room will throw at it. If you have natural light coming into your bathroom and you aren’t keeping any greenery in there, I just don’t know what you’re doing with your life. But then, I am a little bit plant obsessed. Seriously though, plants are a great way to make things look put together, add a pop of natural color, and keep things feeling nice and zen. For those (like me) that have bathrooms with no windows, fret not. Something like a pothos or an air plant should do just fine for you. Maybe just consider taking it out once a week or so to get a little sunlight and encourage growth. 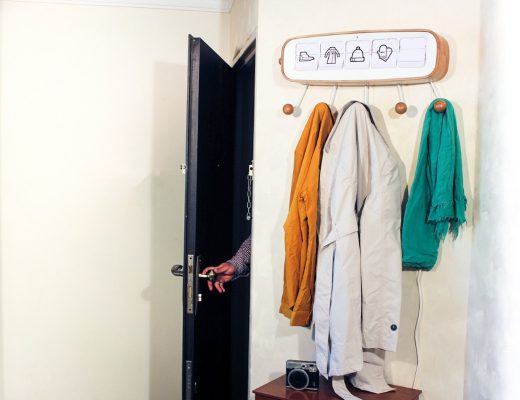 Let the Take-Off Tell You What to Wear Today 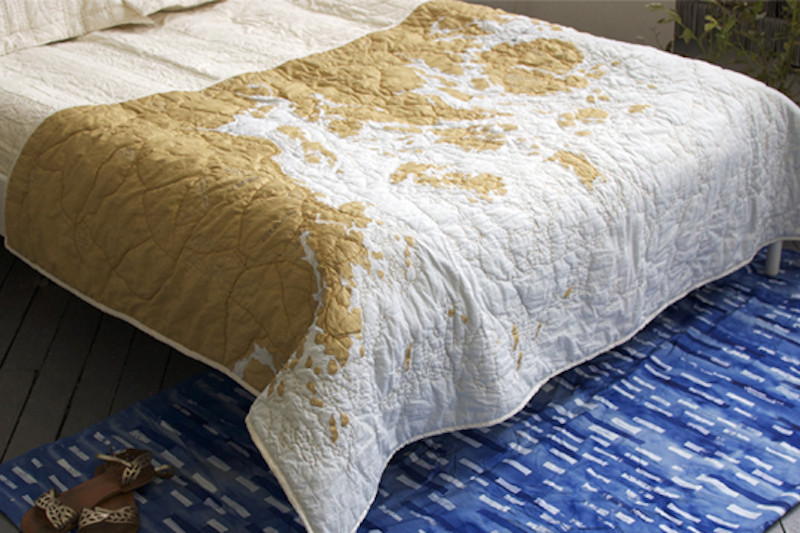 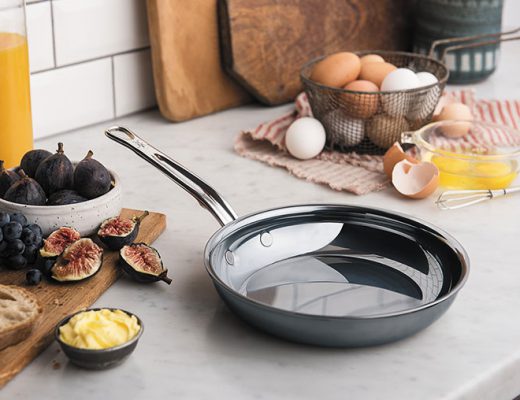